Garrett McLaren-Field Operations Manager
Garrett’s father was a painter and Garrett learned painting from several contractors in the Santa Barbara area. Garrett served in the Army’s 82nd Airborne where he achieved the rank of Corporal, then time as foreman of a commercial fishing vessel in Alaska. Upon returning to Santa Barbara, Garrett resumed his career in painting by joining ADC Finishes, Inc. where he brings his skill and experience to serve the Santa Barbara community.

Mark Danis-President
Mark Danis incorporated ADC Finishes, Inc. in 2016. Mark was formerly in business as Danis Painting, a sole proprietorship. Mark and his team have been faithfully serving the Santa Barbara and surrounding area for over 30 years. 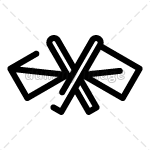 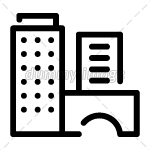 See below a small sampling from Gallery Collection. See our Gallery page for more information and inspiration!

Discover how we can help you with your special project.

Please Complete the Form Below

Do You Have a Project for Us?

Contact us and we'll come to you to provide a free estimate.

Please Complete the Form Below